How Halloween came to be, how it was celebrated in 1000 AD until now. 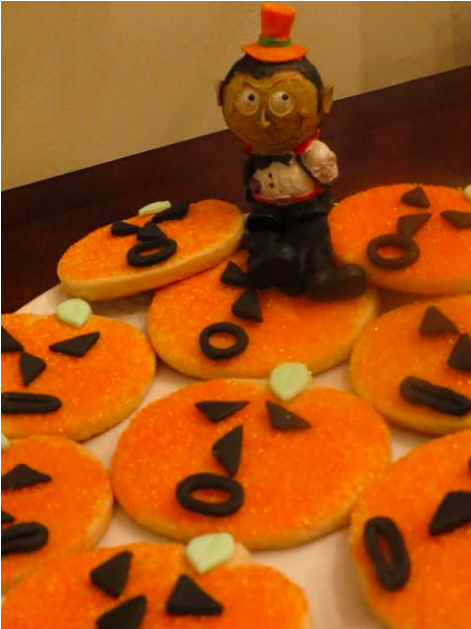 It’s finally that time of year where the cool breezes bring shivers down your spine, mischievous grins come out from the dark to play pranks, horridly wicked movies are played again and again, and last but not least, knocking door-to-door for a little treat. Have you ever wondered how this holiday came to be?

Believe it or not, the roots of Halloween go to 1000 A.D. Back then, fall and winter were considered a “scary” season due to lack of food supply, the common fear of the dark, and the belief that the dead would return to Earth around this time. Referred to as “All Saints Day”, there would be a Celtic Festival of Sahain. Residents would light bonfires and wear costumes with the belief it would scare the ghosts away. In addition, many people would place bowls filled with food by their doors in hopes of preventing ghosts to enter.

Not only did Sahain help America develop its well-known annual holiday, but English traditions as well. By the 1700s, bobbing for apples was a common game to play for young women, for whoever won would be the first to marry. Do you think that’s weird? Listen to this; maidens would stand in a dark room with a lit candle in front of a mirror to make their future husband’s face appear. Around this time, kids would go wild with their pranking; therefore, in the 1800s, parents pushed for less troublemaking and so new traditions were established.

Today, Halloween is one of the most adored holidays in America! And according to the National Retail Federation, United States residents 2.6 billion dollars on Halloween candy! So don’t forget to take out your cauldrons and create some of the eeriest, most terror-iffic treats and shout “Trick or treat”. Happy Halloween!

All sources came from History.com and nrf.com