CASTING FOR A MOVIE

The process behind the screens 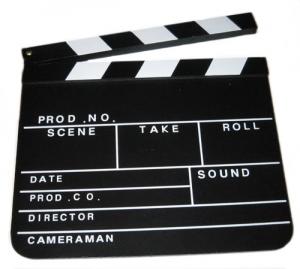 Have you ever wondered how actors and actresses are casted for movies? The casting process for movies is very complicated. Actors and actresses have to go through several rounds of auditions that are very different from casting for musicals, commercials, and short films.
The general casting process for a movie starts with the director and producer creating a breakdown for all the characters, generally explaining their vision for this character. This breakdown sometimes includes age range, height range, gender, race, and certain qualities that are character specific. They then hand in the breakdowns to a casting director, who then puts up an audition notice for either agents and managers or publically to submit actors and actresses. The casting director goes through all the submissions and picks the ones that they believe best fit the needs and invites them to audition. The actor or actress that ends up getting casted usually goes through anywhere between 4 and 14 auditions (sometimes more) before being cast. At the very least, they usually go through a video, in person, and callback audition before any decisions are made. Sometime during callbacks, the director and producer come to join and pick the final few. In a recent interview, casting director Ken Lazer said “Here lies the biggest misconception. Casting directors do not make the booking decisions.” They usually narrow it down to a first choice and second choice, present to their client, and make a final decision on who is cast.
There are many different factors put into consideration when finding the perfect actor or actress for the role. As most people know, talent and ability is a major factor that they look at, but it is most commonly not the only one. They also look for the right appearance, like what color eyes they have, hair length and color, height, body type, skin tone, etc. The most amazing actor or actress may not get cast because of the way they look, nothing against them or their talent, but just not right for that exact part. Another factor is representation, who the persons agent or manager is. This doesn’t affect many decisions but if they have had issues with them in the past it may persuade them not to pick that actor or actress.
Casting for movies is so special because it is so different from casting for commercials, short films, or musicals. One main difference is that for movies they usually give you the material you are going to audition with as for musicals you usually choose your own materials. The second difference is that for short films and commercials there is never more than two or three rounds of auditions where movies have a lot more. The last thing is what they look for on people’s resumes; for musicals they look for singing, acting, and dancing; for movies they look for training, film experience, and any special skills needed or wanted.
Overall, the casting process is very complex and isn’t just all about the talent. You never know what the directors, producers, or casting directors are going to do but there is a process. There are so many factors that go into casting the right person.

“Brian Tracy Quote: ‘Failure Is an Absolute Prerequisite for Success. You Learn to Succeed by Failing.”.” Quotefancy, quotefancy.com/quote/778409/Brian-Tracy-Failure-is-an-absolute-prerequisite-for-success-You-learn-to-succeed-by.