WHO IS BRENDON URIE?

Meet the lead singer of the band Panic! At The Disco 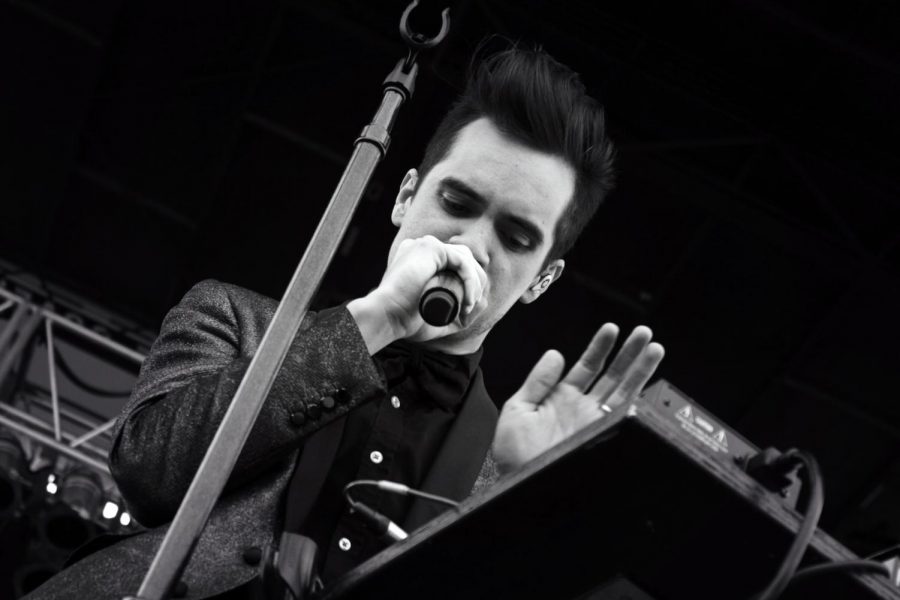 If you were to listen to the radio- which who doesn’t?- you would most likely hear one of three songs come on: “I Write Sins Not Tragedies”, “High Hopes”, or “ Hey Look Ma, I Made It!”. At first, you would probably think one of two things, “what is this horrible music”, or “this guy has an amazing voice”. Well, this guy is none other than Brendon Urie- the lead vocalist of Panic! At the Disco.

Brendon Boyd Urie was born on April 12, 1986, in St. George, Utah. Brendon’s family moved to Las Vegas when he was only two years old. Mr. Urie is the fifth and youngest child in his family. His parents are Grace and Boyd Urie, which is most likely where he gets his middle name from.

Urie met future bassist Brent Wilson in guitar class in high school, where Wilson asked Urie to try out for a band that he was in. Who would have thought that would lead to the making of one of the most popular bands ever?

Actually, Urie trying out for the band was a good thing for both the band and himself. The band was looking for a replacement guitarist, and luckily, Urie could play very well.

When Urie was in high school he says that he was bullied because he was a spaz, but that was just because he has ADHD. But, other poeple also agreed that he had an amazing talent for singing. At the smoothie bar that he worked at, he would get requests for songs he could sing for tips.

Because of his amazing talent, Urie was accepted as the fourth member of Ryan Ross’s high school band, Panic! At the Disco. In this band there was-of course- Brendon Urie, Ryan Ross, Brent Wilson, and Spencer Smith.

Ross had based the band off of another popular band- Fall Out Boy. So Ross sent a video to Fall Out Boy, just saying “Here’s my band, we kinda want to go big”. Fall Out Boy agreed to help and in no time Panic! At the Disco was being signed and getting ready to make their first album.

In September of 2005, the album ‘A Fever You Can’t Sweat Out’ came out with their hit song, ‘I Write Sins Not Tragedies’. After that, everyone wanted to know who this new band was, and when their next album was going to come out.

Then Urie fell in love. At one of their concerts, a friend brought along one of their friends, Sarah. At the time Sarah was dating someone, so Urie couldn’t make a move just yet. But Sarah came along to another concert, and at that time both Sarah and Brendon where single. It was a match made in heaven. Sarah became Mrs. Brendon Urie, and Brendon even wrote a song about Sarah.

Urie is now the only member left in Panic! At the Disco, but he is still writing albums and performing on tour. Their next tour is said to happen in 2021.