There’s a new dinosaur to add to the books! 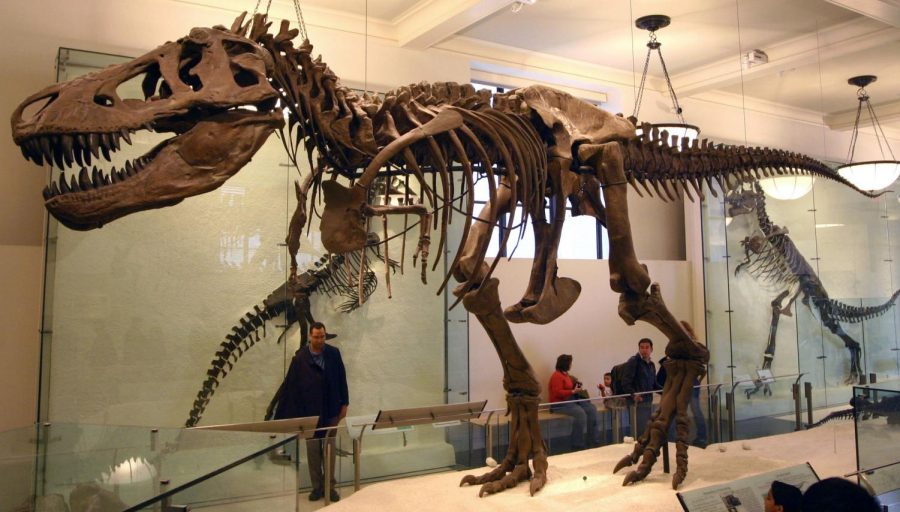 For everyone, quarantine has been a challenge. The news has evolved to cater to the coronavirus and is often only filled with vaccine updates, which are evolving the science world as we know it. However, this recent discovery, while it may not be as important in current circumstances, is sure to have it’s own unique impact on science.

Dinosaurs are something all students are fascinated by, and sometimes, it’s even hard to believe these gigantic beasts once roamed the planet. While not all of us have seen Jurassic Park, I’m sure we’re all aware of the mighty Tyrannosaurus rex, the giant reptilian beast famously known as the T-Rex. Recently, scientists have discovered what appears to be a relative: the newly named, Vectaerovenator inopinatus.

In 2019, four unidentified bones were initially found by individual fossil hunters and normal families in the Isle of Wight which is off the southern coast of England. The bones which are believed to be of the dinosaur’s back, neck, and tail, were “previously unknown to science,” allowing the scientists to determine they had discovered a new species of dinosaur. Scientists dubbed the dinosaur, Vectaerovenator inopinatus, which roughly translates to the “unexpected, air-filled hunter” of the Isle of Wight.

This dinosaur would have measured around 13 feet (4 meters) long, smaller than most dinosaurs, and lived around 115 million years ago. “The record of theropod dinosaurs from the ‘mid’ Cretaceous period in Europe isn’t that great, so it’s been really exciting to be able to increase our understanding of the diversity of dinosaur species from this time,” Chris Barker, a PhD student at the University of Southampton, said. (Yeung, 2020)

Dinosaurs filled our childhood in one form or another. You may have briefly learnt about them in school, seen them brought to life in a live-action movie, or recieved one as a toy. However, sometimes we forget these lizard-like reptiles have had a great impact on science and the material we study today. Dinosaur fossils are a door in which students journey through to learn about what life was like before humans, and it’s not very often that new fossils are discovered. These new fossils of the Vectaerovenator inopinatus are sure to open many new doors, and through similar discoveries, possibly change the way student’s learn about dinosaurs.

While this dinosaur probably won’t be joining your childhood favorites, the Vectaerovenator inopinatus discovery is sure to go down in history. Students may not get to know it as well as the famous T-rex, Triceratops, or Velociraptor, but this discovery reassures us there may have been many more dinosaurs that roamed the planet, we just haven’t found the evidence yet.