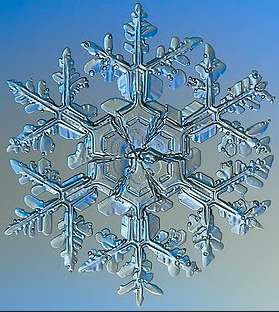 We all love it when it is time for our favorite holiday, especially when it is a winter celebration! Snow days, hot coco, and celebrating with those you love! However, not everybody celebrates the same holiday or celebration. Get ready to learn about all the different kinds of festivities and traditions in this chilly season!

Befana, in Italian folklore, is an old lady who delivers presents to people all throughout Italy on Epiphany Eve(January 5). If you have been good, she delivers you candy and presents. However, if you have been bad, you will get coal and dark candy. Befana is usually described as an old hag who rides a broomstick and is covered in soot (from going down the chimneys). She wears a smile and a bag full of treats and gifts.

Hogmanay is a Scottish New Year’s festival. The name of this celebration is also used to name the dole of bread and sweets that are given to children that go house to house performing traditional rhymes. Another Hogmanay tradition is where masked children visit people’s houses and recite rhymes.

This is a Roman festival dedicated to the Roman god Saturn. The original date was on December 17, but was extended to three days and then seven days. During the celebration work and business was canceled, and some restrictions were eased. The last few days of Saturnalia were called Sigillaria because the making of wax presents (such as candles) were made by the sigillarii (manufacturers). This holiday even had some influence on modern day holidays such as Christmas.

This festival is a Winter Solstice festival celebrated in China and other places in East Asia around December 22. Usually, families get together and make tangyuan, bright and colorful balls of rice. In Northern China people typically have dumplings, in Southern China people usually eat rice cakes. In Taiwan, people also eat  tangyuan and use them as an offering dish for ancestors. It is celebrated in different ways in all kinds of different places.

Junkanoo is a parade with  music and dances and costumes that have African influence. It is celebrated all across the Caribbean on Boxing Day and New Year’s Day. Some Junkanoo parades are also done in June and October. Dances that are done during this festival are choreographed to the music of cowbells and goatskin drums.

Hanukkah
Hanukkah celebrates the rededication of the Second Temple in Jerusalem around 160 BC. After King Antiochus IV declared that people who practiced Judaism had to worship Greek Gods in the Temple, a priest named Mattahias, his son Judah Maccabee, and their army revolted. On one night, the soldiers only had enough oil to light a candle, but it lasted eight nights (the reason for the menorah and why Hanukkah is eight nights). Today, it is celebrated by lighting one candle on the menorah each night, and by playing dreidel games and eating latkes!

Christmas is a Christian holiday that celebrates the birth of Jesus. On December 24, Christmas eve, Family gathers and enjoys a feast. Later, Santa Clause comes to each house and delivers presents to good children. Kids leave out cookies for him as he delivers, and on the 25, everybody opens presents.

Christkind is a gift-bringer in some European countries and leaves presents for kids underneath the Christmas tree. Christkind is a sprite-like figure and is usually portrayed with angel wings and blonde hair.

This is an Icelandic Christmas Folklore, and includes mountain monsters who leave gifts in the night and eat naughty children. Gryla is a giantess who eats disobedient children in a large cooking pot. Yule Cat is a huge cat who eats people that have not received new clothes before Christmas. Yule Lads are the 13 mischievous sons of Gryla and Leppaludi who come to town on the last 13 nights of Christmas (Yule).

This holiday starts December 26 and ends January 1. The name and celeration were made in 1966 by a professor of Africana studies named Maulana Karenga. Each day of the celebration is dedicated to one of the principles of Kwanzaa: unity, self-determination, collective responsibility, cooperative economics, purpose, creativity, and faith. The holiday also has seven symbols which include fruit, vegetables, and nuts; a straw mat; a candle holder; ears of corn; a communal cup that stands for unity; and seven candles that symbolize the seven principles. Each day, family comes together to light a candle and talk about the principle for that day. On the 31 of December, families join in a community feast.

Everybody loves the holidays in the winter season. Fun in the snow (or not snow if you’re in Texas) and family time! No matter what you celebrate, I am wishing you a happy holiday!