How iUniversity Prep students are celebrating Women’s History during March 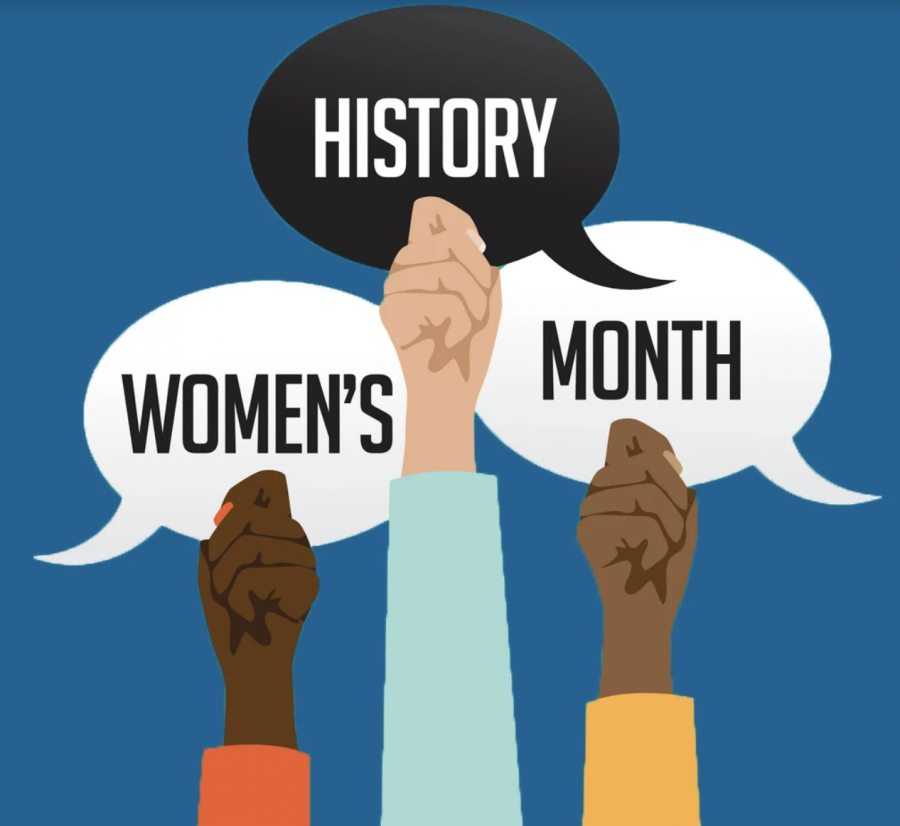 Once more, we’ve rolled around to March. Last March before Spring Break, we were out and about, with no mask insight. While this may be a grim thought to reflect on, March marks the beginning of a time in which we’re encouraged to not only reflect on the past chaotic year but on the numerous contributions, women have made throughout time as we celebrate Women’s History Month.

The society that we live in today is far different than it used to be, and it’s almost hard to imagine some of the steps we’ve taken to get where we are today. Women have continuously had to fight for the rights, respect, and equality that has been managed to have been achieved today. Despite all the steps women have taken and how much of a significant impact they’ve had in the past, the youth of today may not be most aware of these contributions. Those who spend time organizing Women’s-History related events and celebrations during March strive to battle this ignorance and instead promote an accurate account of how much women have given to make the world what it is today.

Women’s History Month…What is it?

The span from March 1st to March 31st is dedicated to Women’s History. During Women’s History month, we celebrate by educating and further reminding ourselves of all the incredible contributions and accomplishments women have made throughout history that have impacted our society and culture today. Amongst all the chaos from the past year, March gives us a chance to reflect on all of the amazing trailblazing women who have led change throughout the past and continue to lead change today.

Especially this year, 2021’s Women’s History Month is themed around women’s suffrage with the official theme being, “Valiant Women of the Vote: Refusing to Be Silenced.” Along with this, many are challenging the younger generation to celebrate women’s achievement, take action for equality, and encouraging those to ask themselves; How can I help forge a gender-equal world?

Some of the many…

There are millions of inspiring stories of revolutionary women, but first, start focusing on just a few. Here are three for you to learn about today; Susan B. Anthony, Shirley Chisholm, and Malala Yousafzai.

With this year’s theme being centered around Women’s suffrage, Susan B. Anthony is someone we should all be focusing on. This name may ring a bell for some of you, and that’s because you’ve probably covered Susan B. Anthony in history class at one time or another! For a quick refresher, Susan B. Anthony is essentially credited with helping women gain the right to vote. Susan B. Anthony was one of the first who allowed many to continue the fight for equality even years later.

Later came Shirley Chisholm who fought for equality regarding both her race and gender. In 1969, Chisholm won a seat in Congress, making her the first African American woman to ever do so. This allowed her to continue to break barriers in women’s equality and equality for all races, even during a time where discrimination was especially prominent in the United States. She then was the first woman and African American to run for United States president in 1972, and while she did not succeed, she was certainly victorious when it came to the advancements of rights for many all over the United States.

Finally, we must discuss one of the more recent activists, Malala Yousafzai. Many of you may have heard of Malala when a near-fatal event encompassed the media. At just 11 years old, Malala was speaking out against the Taliban in order to fight for the education that was taken away from many young girls once the terrorist group came into power. After receiving recognition, Malala was targeted and then shot at age 15. After a long process, she thankfully recovered and continues to fight for girl’s education through her inspiring activism.

These are just three of many stories of incredible women who were willing to do whatever it took to invoke change. There are so many other stories out there, and it can be almost overwhelming where to start. However, don’t fear, as iUniversity Prep students have got you here!

How to celebrate Women’s History Month- suggestions from iUP students

With the following suggestions, please make sure you discuss with your parents and gain their permission before reading or watching any of the following material.

Beginning with books, iUniversity Prep students have recommended several to help you get started! Here are the most suggested reads from iUP students:

These are all amazing reads, so with your parent’s permission, you should definitely check them out! Along with all the suggested reading material, iUP students have also recommended some movies for you to look into during Women’s History Month as well:

Hidden Figures
RBG
The Miracle Worker
A Ballerina’s Tale: The Incredible Rise of Misty Copeland
A League of Their Own

Along with these movies based on real-life historical circumstances, there are a large number of fictional stories, movies, and TV shows with strong female leads and related plots, even several Disney movies, that are also enjoyable, and you should consider watching during March, with your parent’s permission.

During March, exploring Women’s History Month-related books, movies, and other media is a fun way to celebrate, however, don’t forget, the main focus should be on all the achievements women have made throughout time and highlighting all the incredible women who have made our world what it is today.

Women are essential and women’s history is indivisible from history itself, however, there is still a current lack of representation when it comes to acknowledging this majority of the population that still remains in the minority of leaders. This March, let’s push to recognize more women for their roles in history, as their journeys have been marked by many setbacks, but an incredible amount of progress.