EYLEE PENNINGS: THE FEBRUARY STAFF WRITER OF THE MONTH

A Wise Owl Both On and Off the Keyboard 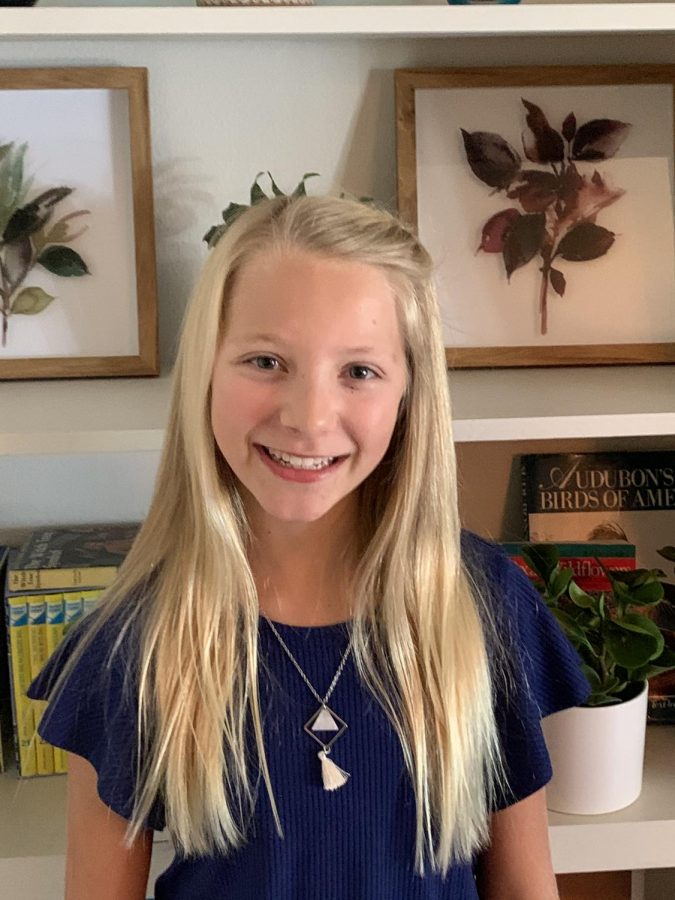 At iUPrep, the model of a wise owl is epitomized by many of all different ages.  iUniversityPrep 6th grader Eylee Pennings is one of the many students that fit this mold. Between writing 6 different stories in February including “Be Mine, Valentine” and “Being Powerful Without the Power” as well as balancing out her activities of reading, writing, baking, and playing volleyball in her spare time, Eylee never stops growing to be the best she can be.

During her first year as an iUP student, Eylee has thrived; between being an amazing staff writer for iHoot and being a tutor for Hootorials, she has never ceased to amaze us with her work. Eylee is an exceptionally smart student who actively participates in her Live Lessons. On top of being an all-star student, Eylee also remembers to show gratitude, even online when it’s hard to communicate well. She follows the community agreements in every class, and never fails to show respect to her fellow classmates.

After school, Eylee participates in activities such as volleyball, theatre, and Owlside here at iUP. She also loves to write and read, make poems, plays, scripts, and stop motion videos with her 3 sisters. Due to COVID-19, she hasn’t been able to play volleyball, but typically she plays a range of positions, including setter, defense specialist, and outside.

With parents who are former diplomats, Eylee and her family have moved around a lot. Between El Paso, Austin, and Katy, Texas, as well as living a few years in Chile, Eylee has found herself in 11 different houses over the course of her life. After moving around, she isn’t the biggest fan of relocating, and she hopes that where she lives now (Austin, Texas) is where she will stay.

Eylee and her family are huge fans of traveling. Between venturing to more than 5 continents, she has seen many different places and witnessed different ways to do life. Over spring break this year, she went to Costa Rica. “I enjoyed it because the people there are so in touch with nature, and the animals can live in peace with humankind without fear of harm,” Eylee says. “From sloths to monkeys, to iguanas (Oh My!), my most recent vacation was more than enjoyable.”

Eylee has 3 sisters, 8th grader Linden, 3rd grader Anneli, and 2nd grader McKenzie. She has an amazing bond with her family; between formerly sharing a room with Linden, and just hanging out with them, she has developed relationships that will last a lifetime. After talking with Linden, she told me a bit about Eylee from her point of view. “I would describe Eylee as outgoing, kind, and strong. She will work so hard for everything. When something gets in her way, she keeps going and reaches her goals. She is so tough, if she gets knocked down, she will stand back up even more powerful than she was before.” Having a great relationship with siblings can mean everything, and the four Pennings siblings definitely have that. Eylee also has two dogs, a french bulldog named Chewy and a beagle mix named Shoester.

Eylee always manages to persevere, no matter what life throws her way. Whether it’s moving, or even just struggling to find the right words for her stories, Eylee pushes through and manages to impress us even when we think we know how amazing she is. She totally deserves the title of Staff Writer of the month, and she has already lived up to it.