CELEBRATING 50 YEARS OF “THE MOST MAGICAL PLACE ON EARTH” 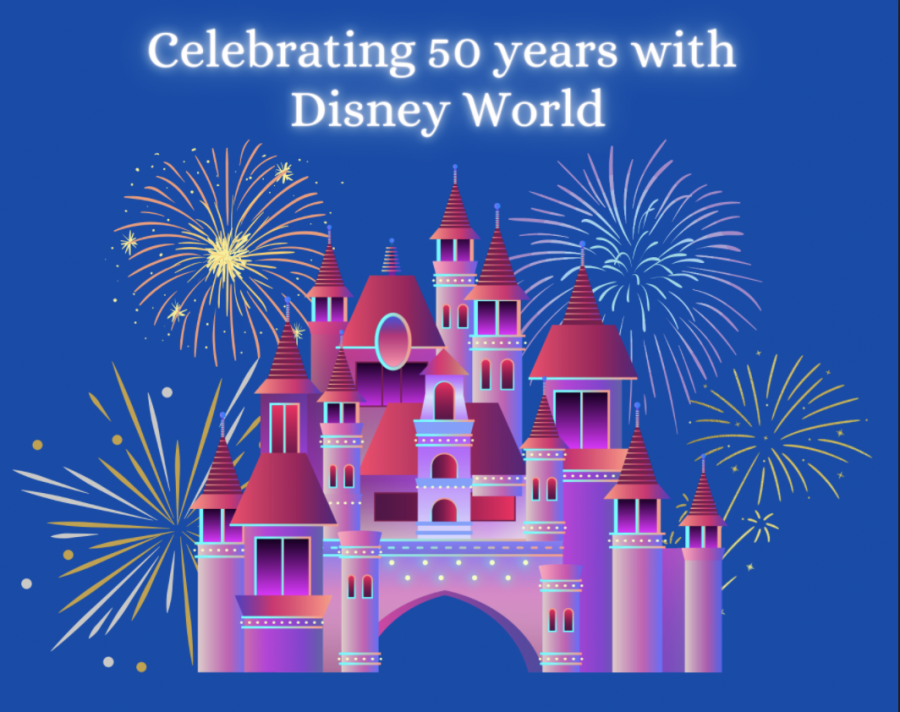 On October 1st, 1971, Walt Disney World opened its gates for the first time,  allowing the public into the world of magic. Walt Disney World has impacted the lives of many, not just in North America but around the globe! In fact, we have some Disney lovers at iUniversity Prep. Marcus Bamber said “ My favorite concept of Disney world is the interactive elements that they include in most, if not all, of their rides. This takes the experience to the next level which then results in families coming back to visit the park over and over again.”

Yadiz Martinez recalls the atmosphere and how the welcoming experience impacted her.

“I would say my favorite concept about this park is the feeling of stepping inside, making you feel like you are in a magical world, rather than an amusement park. I love that Disney ACTUALLY makes the park feel welcoming. None of the staff there is ever angry or grumpy, or anything of the sorts. The rides themselves are always amazing and adventurous, making you think this is a ‘Whole New World’. Pun intended!”

Professor Chad Baker says, “I really enjoy experiencing different cultures from around the world at the Epcot park. I like seeing how people traditionally dress in different parts of the world and trying different foods and beverages from different countries. My favorite ride at Epcot is the Test Track!”

Epcot has also impacted Professor Sierra Williams; she says, “ I love Epcot! Being able to go around to different countries and try food and drinks from each country has always been so fun to me.”

Eve Bamber said “EPCOT was a whole other experience, and being able to essentially ‘travel the world’ was a concept I really enjoyed, even at a young age!”

The Impact On Younger Audiences

Professor Neely Carter says, “ It’s been a long time since I’ve been, but I really enjoyed the Magic Kingdom and the old rides that brought back memories of tv shows from my childhood.”

Kayla Thomas says, “ I went when I was little, so my favorite part was getting my face painted.”

Disney has multiple parks throughout the Globe such as in Paris, Hong Kong, Florida, California, Tokyo and Shanghai. Disney also has multiple entertainment studios such as Pixar, Marvel and National Geographic.

D.H has not been to Disney World yet, but reflects on how he enjoys Pixar. D.H says, “ I’ve never been to any Disney theme parks because I’m not really into that kind of stuff, but I do enjoy watching Disney movies, Pixar to be specific. My personal favorites are the 1st and 3rd Toy Story, Ratatouille, Monsters Inc, but I do enjoy all the rest of them.”

Like D.H, Adelina Jackson has not attended Disney World yet. However, she has experienced the magic at Disneyland. She says, “ I have been to Disneyland and I loved it! The rides, the food, everything!”

The following quote is from S.R who is in the 6th grade, “I have been to Disney World but I do enjoy watching Disney movies like Moana and Ralph Breaks the Internet.”

“ The Most Magical Place On Earth”

Mouse Hacking. (2020, December 11). All the Disney parks in the World ranked by two people who visited them. Mouse Hacking. Retrieved September 29, 2021, from https://www.mousehacking.com/blog/ranking-every-disney-park.