ASTROS AND BRAVES FACE OFF IN THE WORLD SERIES

iUP student's thoughts on which team will prevail. 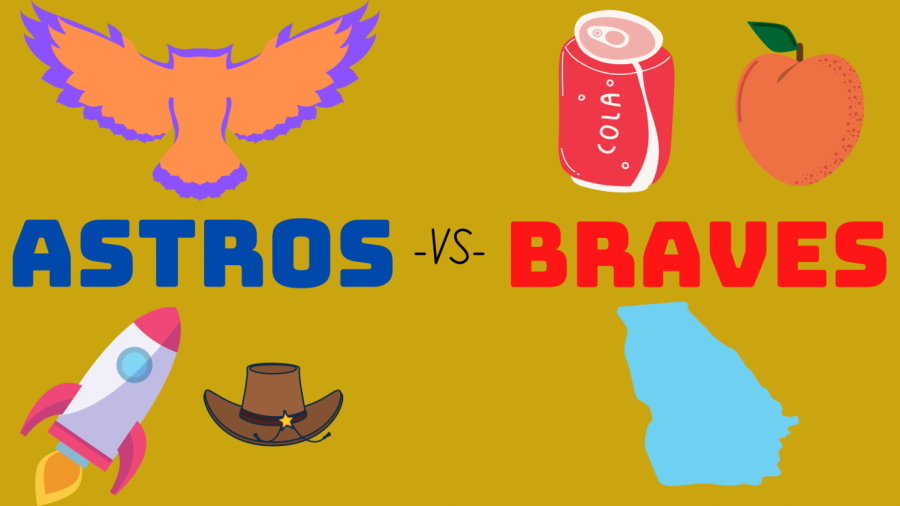 Many things are associated with the month of October. Jack-o-lanterns, ghouls, and candy definitely come to mind, but one of the greatest things about this month is the World Series. 2 teams fight it out in a best-of-7 series to be able to hold the title of the greatest team of baseball. This year, the 2 teams fighting for the crown are the Houston Astros, the team representing Texas and iUniversity Prep, and the challenger from the peach state, the Atlanta Braves.

Familiar Territory For The Astros

The Astros are no strangers to the World Series. Back in 2017, the Astros handled the Dodgers in a close 7 game fight but then lost to the Nationals 2 years later. Houston is now back with hopes of winning the World Series for the second time in franchise history, with pitcher Framber Valdez barely allowing any hits back against the Red Sox, along with Yordan Alvarez who is on a hot streak right now, hitting hard and aggressively leaving pitchers scared. There is no doubt that the Astros are a very tough team to go against, and the Braves will have to go all out in order to beat them.

The Braves Did What No One Expected

In contrast, the Atlanta Braves have not seen the World Series since the late 90s. They have come close a multitude of times, but they always came up short. When their biggest star Ronald Acuna Jr was out after getting injured in the regular season and they were up against the defending champions in the Los Angeles Dodgers, it seemed like they had not even a shred of hope to advance. Now they have a chance to do what they haven’t done since 1995 and take the World Series title back to Atlanta.

After it was revealed that the Astros had cheated to win the World Series a few years after their win, the rest of the league booed and jeered at them. They had become one of the most despised teams in the history of sports. However, iUP still supports the Astros through and through whether they may be the hero or the villain this time around.

Owen Labay said, “I have watched the Astros in real life and on TV ever since I was old enough to understand it. I am forever an Astros fan.” Maryam Syeda knows how good the Astros are by meeting the players. “I have actually met this team in person in school and I like them because I lived in Houston for 10 years.”

It Will Be Good No Matter Who Wins

No matter the outcome, the World Series this year should live up to being the Fall Classic. The Braves could stun the world after going below .500 at the All-Star break or the Astros could win it for the students here at iUP and redeem themselves in the sports world, but either way, it will be a fun ride to wrap up the season.