Which Genre Is iUP's Favorite? 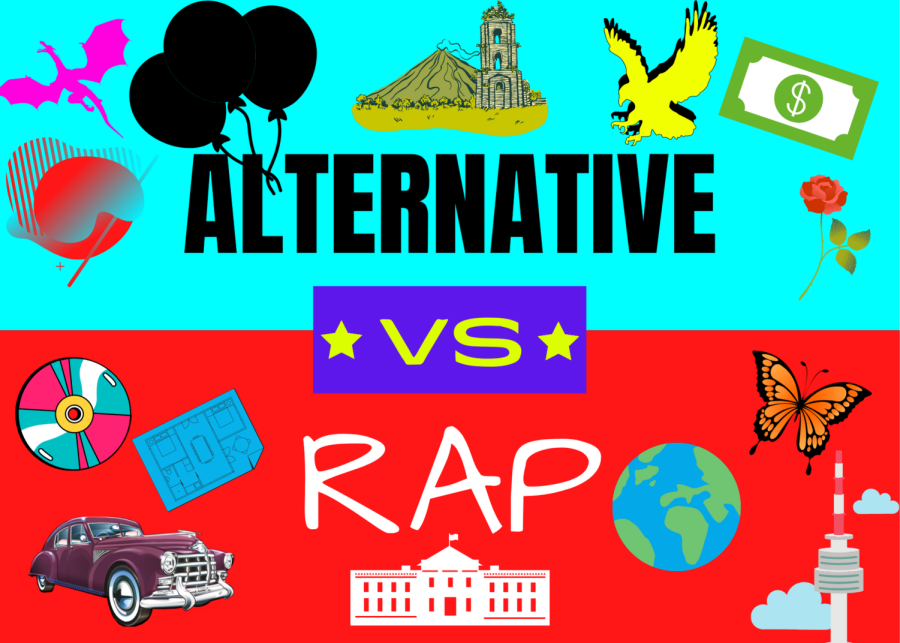 There are many genres of music. They are all so similar in numerous ways, but for the most part, they are vastly different. From the instruments and sounds, to the lyrics and the message, etc. But of course, there are 2 genres that stand out as being the most popular. The songs from these 2 groups of music are always playing on the radio, and are the backbone of countless movie soundtracks. Of course, the 2 classes of music mentioned here are rap and alternative: 2 popular genres, both with an insurmountable amount of fans.

What Are These 2 Types Of Music?

For those that don’t listen to music as much as others, explaining these 2 types of music is fairly simple. Rap is a genre that is not even close to singing. Rapping is like talking, but it’s quick and swift, and it follows a certain rhythm. Oftentimes in rap, there are catchy instrumental harmonies in the background that make a variety of noises and beats that no mere human could make by themselves. With all these elements combined together, it makes rap one of the most exciting and appealing genres in the music world.

Alternative music, however, doesn’t have as much of a uniform sound. Alternative mixes many genres together, such as hard rock, dance, and even rap on some occasions. All of these different sounds join together to form one sound, one that sounds nothing like the rest, despite taking elements from all the other genres. For the most part, alternative is just rock, but with different elements to it.

The results of a survey were collected, and the vast majority of students here at iUP favor alternative music, with 75% of the respondents choosing that as their preferred genre over hip hop. Yahia Osman was in the minority of the survey, choosing rap over alternative. He said, “I love the rhymes and they make me feel motivated and ready to continue working.” Yadiz Martinez was one of the many students who favored alternative music. “I’m not really into rap. I grew up listening to oldies and rock but never got around to listening to rap,” Yadiz said.

To conclude, iUP does favor alternative over rap, but that doesn’t mean that either genre is objectively superior to the other. Alternative and rap have their pros and cons, and it is up to the listener to decide their preference.