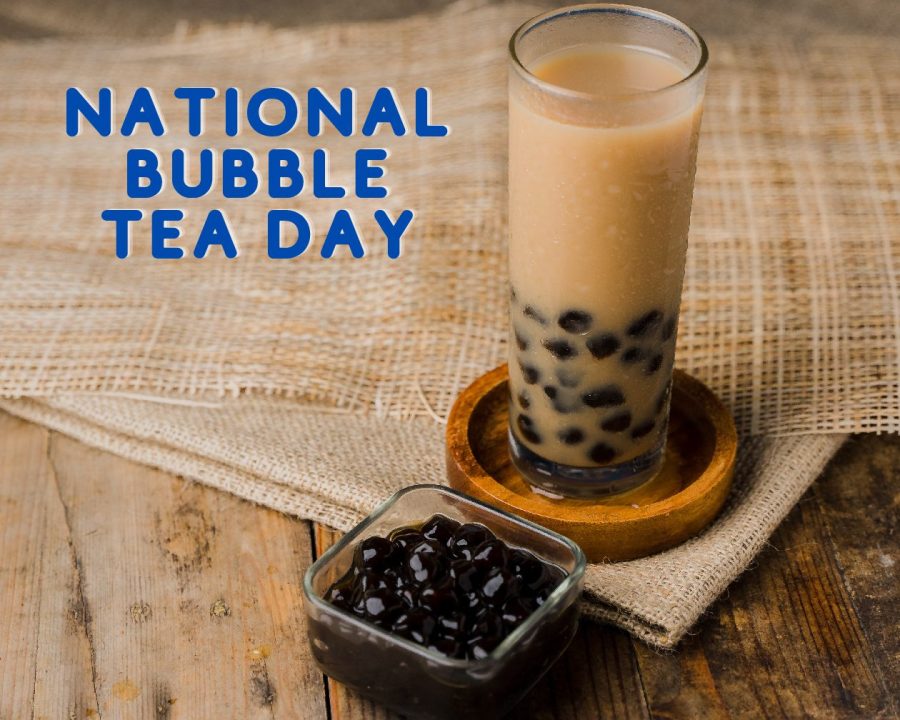 What is Bubble Tea?

Bubble Tea, known to most as Boba Tea, is a drink consisting of a tea of your choice and tapioca pearls (originally fenyuan). Or, at least, that’s the basic part of Boba Tea. Thanks to the amazing flexibility of this drink, Boba Tea has been modified in many different ways. Nowadays, walking into a Boba tea store might have you looking at Boba shakes, smoothies, slushes, coffees, and more. You might also find a wide variety of Boba, such as the regular tapioca pearls, grass jelly, and fruit jelly, just to name a few.

A Look at the Textbooks

Usually, when looking at the history of everyday objects, we see one person had an “aha!” moment, and then the object or invention was born. With Boba tea, this is not the case. Two people want to be credited with its arrival. According to CNN, a man named Tu Tsong-He kickstarted a business that made and sold tea. In 1986, Tsong-He added fenyuan (tapioca pearls) to his green tea after seeing it at a market. Tsong-He then experimented with black tapioca pearls and milk tea, eventually making the Boba tea we all know today.

Lin Hsiu Hui has a different story. Hui claims that she poured tapioca pearls into her Assam tea at a business conference, and soon everyone was asking for the same drink. Because of this confusing battle, a lawsuit was filed by Tsong-He and Hui. The lawsuit went on for 10 years, but eventually the court ruled Boba tea was a drink that anyone could make. Therefore, Boba tea is a drink that no one can take credit for inventing.

Time did not stop during the lawsuit, and people kept sipping away at the drink. Boba tea became popular among other countries and cultures around the world when entrepreneurs, and other run-of-the-day people, had their first sip of bubble tea. Like all wonderful things, Boba tea’s popularity grew and spread. Soon many Asian countries knew of Boba tea, and eventually landed at Chinatowns in New York.

One man’s story starts here. Assad Khan first tried bubble tea in New York and immediately fell in love with the drink (Wong, M. 2020, April 30). Khan launched Bubbleology in 2011, and soon Boba tea’s popularity started rising and rising. He is credited with the popularity of Bubble tea in the UK! Soon this drink’s popularity grew, and nowadays you can find Boba tea stores around almost every corner, or even make it at home!

April 30th is National Bubble Tea Day! There aren’t many known or traditional ways to celebrate this day, but many students surveyed on Bubble Tea Day said that discounts on Boba Tea would be great! During this day, students here might want to relax and spend the day drinking Boba tea. You might even want to make your own bubble tea!

Do our owls enjoy this Taiwanese drink? I for one cannot get enough of it, and many of our students feel the same! Some students do not like this drink due to the tapioca pearl’s texture, like Tia Olatunji, who says, “I first tried it when I was 10 and it was a weird experience. I don’t really like tea in general and the little [tapioca pearls] didn’t really help with the taste.” Even though Tia doesn’t currently like Boba tea, she does say that she might consider re-trying it soon. Other students have not tasted this drink before, but many anticipate trying it.

So why not enjoy this drink on April 30th? If you haven’t tried it yet, maybe now is the time! If you love Boba tea, treat yourself to something sweet. Let the day take you away. Keep Calm and Drink Boba!

Wong, M. (2020, April 30). The rise of bubble tea, one of Taiwan’s most beloved beverages. Retrieved from https://www.cnn.com/travel/article/taiwan-bubble-tea-origins/index.html